They say (Gerry Hughes, team principal): “We’ve had some highs and lows definitely this season. We haven’t maximised our potential during some races. Mexico is a classic example with some ‘finger trouble’ when we were leading the race with Oliver.

“We know why we can’t race as competitively as we qualify. We have studied it and analysed it and it comes down to pure powertrain efficiency. In the race you are energy-limited, and you have to maximise that performance.

“You can’t reduce parasitic losses, gearbox losses, rolling resistance losses from tyres, etc. You can’t get that back and whatever you do to the car you are making compromises in relation to the set-up of it for the drivers.

“There are certain circuit characteristics and atmospheric conditions where we suffer even more. It is a frustrating situation and our focus for season four is another step-change to address these weak points.”

We say: It wasn’t the complete wipe-out of season two for the Chinese electric vehicle start-up, but it wasn’t nearly as competitive as the team hoped it would be.

NextEV scored 40 more points than they did in season two, but that highlights what a disaster that campaign was rather than any stellar step-change this season.

Things started promisingly with a surprise front-row lock-out in Hong Kong, but this was only converted into four points for an eighth-place finish for Turvey. Apart from the odd point here and there, that was it. Monaco apart, where there was a fourth for Piquet Jr, that was as good as it got.

There was major disappointment at Mexico City when OTurvey led the first phase of the race before he suffered an electrical meltdown triggered by human error.

Thereafter the story was a depressingly familiar one. Quite often quick in qualifying, but with wretched efficiency in the race, the undoing of any good work must have been demoralising.

Sticking with the twin-motor concept, the team, now led by former Team Aguri engineer Gerry Hughes, shipped out the weight from its season two configuration and employed a pair of MAGELEC-produced transversely-mounted motors with an inverter atop the battery.

It was a major improvement on the season two set-up, but the main questions by the end of the season was if the run of lacklustre results had subdued NextEV’s interest in the programme and if it could hold on to an increasingly and understandably fed up Piquet Jr. 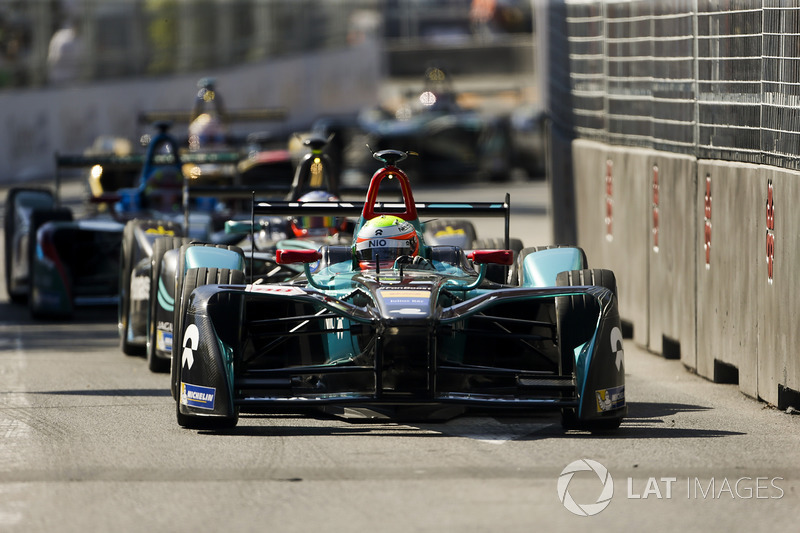 They say (Vinit Patel, Head of Engineering): “The way the calendar worked this season meant that we had periods like after Marrakesh and Buenos Aires where we had time to address any issues.

“We worked on a lot software and code as well vehicle dynamic stuff like suspension tests. All this is great and useful but until you get to track to validate it all there is an unknown to everything. Luckily we had two great assets in Nick and Felix to really help us.

“The development curve was steep but Felix picked up things really quickly after Marrakesh and we were able to, after the frustrating incident filled race at Mexico, be where we thought we would be, which is pushing for podiums and usually being in the Super Pole session.”

“So, the development curve has been steep and it gets steeper in this championship for all the teams and engineering crews because of the lack of track time.

"This means that the verification and putting developments into place can’t really happen until you hit the track at a race and we have so few events and such little track time when we are here that it is always going to be such a dramatic look, whereas we have known for quite a long time.”

We say: Without doubt the most improved team of season three was Mahindra Racing.

Flashes of competitiveness had been shown in season two, but few expected this promise to mature in to what became one of the most potent teams on the grid, in the latter half of the season at least.

This was largely down to a masterstroke from team principal Dilbagh Gill in securing the services of Felix Rosenqvist, who beat Dean Stoneman to the drive alongside Nick Heidfeld last summer.

An immediate dream team emerged. With Heidfeld’s eye for detail in vehicle dynamic development, working hand-in-glove with Rosenqvist’s inherent skill and speed, the balance of the team became pretty much as good as it got.

Mahindra appeared to get a handle on the new lighter tyres quicker than most and nowhere was this more apparent than in Berlin, where Rosenqvist scored two on the road victories, but had his second taken away for a messy team pitstop.

Mahindra’s success can be attributed in part also to its relationship with Magneti Marelli. The Italian company's motor was essentially a pair of three-phase units within one housing. It worked well and ensured good efficiency, but only after it was further developed via software post-Marrakesh, where Rosenqvist had struggled to hold Buemi off in the second portion of the race.

Season three was definitely a breakthrough year for Mahindra. If they can keep hold of Rosenqvist and ward of the Ganassi IndyCar interest, for 2018 at least, then there is little doubt that the Swede, or indeed Heidfeld, could challenge for the season four title.

Even off the track, Mahindra was efficient as it opened up a development and research office in Oxfordshire, which by the end of the season was active and liaising with the track team in real time. 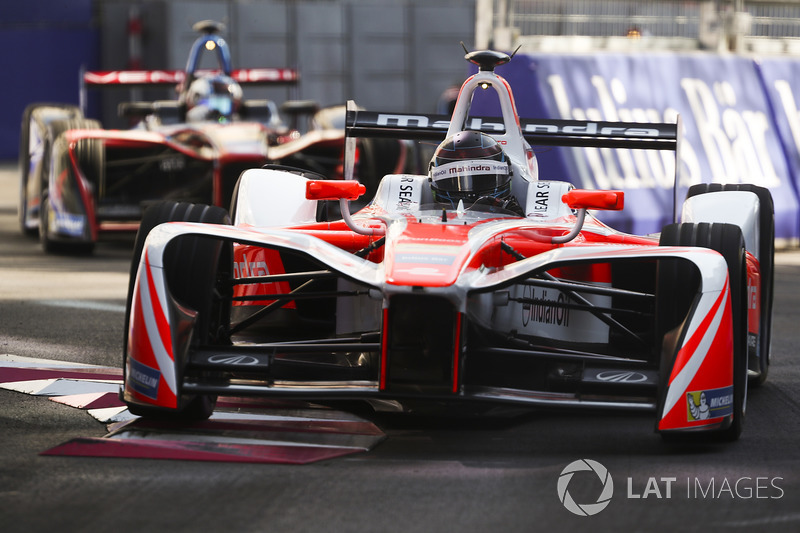